Technology makes things easier. There’s no doubt about that. We now live in a world where technology plays such a pivotal role in so many aspects of our daily lives that it’s hard to imagine how we would ever cope without it. Communication, for example, is now easier than ever before. In the past, before we had cell phones, it wasn’t possible to instantly connect with someone who’s on the move. We would rely on landline telephones or even slower forms of communication to get in touch. Now with smartphones and the technology they possess, we are able to connect instantly with anyone, no matter where they are in the world using a number of different methods. Communication is just one of the areas of modern life which have been enhanced by advances in technology – but essentially it’s very difficult to think of any aspect of life which hasn’t benefited, in one way or another, from tech.

Whilst it’s great that day-to-day tasks are easier thanks to things such as smartphones, computers, tablets and so on, advancements in medical technology have undoubtedly had a greater impact on the lives of certain people.

For some individuals with serious medical conditions, doing routine tasks may be impossible without the help of some form of assistive technology. Smartphones may make things more convenient for the majority of us, but technology plays a much more important role for those who are really in need of assistance, not just added convenience. 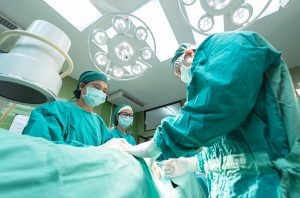 Technology is used in all areas of medicine and healthcare. From diagnostic tools such as CAT and MRI scans which help determine what is wrong with a patient to highly advanced surgical devices which allow doctors to perform life-saving operations, there’s no doubt that these days we are all better off when it comes to the quality of healthcare available to us, compared to many decades ago. And a lot of this is down to advancements in technology.

One area, which has come on in leaps and bounds in recent times, is assistive technology. Assistive technology is an umbrella term for any type of device, aid or even piece of software, which can help an individual with a medical condition to be more functional and improve their quality of life in some way.

There are numerous examples of effective pieces of assistive technology – from simple handheld tools which help those with a weak grip to open a jar to highly advanced systems which allow patients who are unable to move to control a computer using only their brainwaves. The latter example is known as Brain-Computer Interface (BCI), which is a hugely promising prospect for individuals with serious neurodegenerative conditions such as amyotrophic lateral sclerosis(ALS) and ‘Locked In Syndrome’. According to the ALS Treatment website, BCI technology has the potential to significantly improve the lives of those diagnosed with ALS who are experiencing the latter stages of the disease. Although ALS is always fatal (there is no cure), it’s encouraging to know that those experiencing the severe symptoms associated with the late stages of the disease have technology on their side to help them communicate – something that they otherwise wouldn’t be able to achieve.

What Does The Future Hold?

It’s hard to imagine what developments will occur in the years to come. The advancement of medical technology is happening at such a rapid rate that new ideas that have only recently been coined may come into fruition and commercially available before the general public even know too much about them.

It truly is an exciting time to be alive and with technology helping to also find cures for currently untreatable conditions, as well as providing better options for recovery and rehabilitation, the lives of millions of people around the world will be extended and the number of preventable deaths will decrease.

Thanks must be given to the many skilled scientists, engineers, and researchers all over the world who dedicate their lives to a field of technology that is undoubtedly more important than any other.

5 Cardio Exercises You Must Do at Home

If you want to stay healthy and fit, you have to take some time out for a workout session.…